Welcome to the Byakuren Hijiri WikiEdit

Byakuren Hijiri is a notable character introduced in Undefined Fantastic Object and serves as the final opponent in said game. When encountered she mentions being a human and having worked with her younger brother (Myouren Hijiri) as a monk.

Prior to the events of Undefined Fantastic Object, Byakuren's brother passed away which caused her to grow a fear of death so she used her power to maintain her youth, still scared of losing it, she helped several youkai such as Murasa in many ways. Byakuren was also fond of humans, in fact she wanted humans and youkai to co-exist. The idealist monk was ultimately sealed away in Makai by humans; this however, did not cause her to bear a grudge to them.

During her debut appearance, the group of youkai she had previously helped all unite to break the seal of their savior. Each one of them confronts the heroine in battle, however in the end they still manage to resurrect Byakuren. After her defeat, her fate depends on which heroine is chosen by the player.

Based on events in Undefined Fantastic Object's Extra and later on in Unthinkable Natural Law, it's known that she made a temple near the Human Village.

Photos and videos are a great way to add visuals to your wiki. Find videos about your topic by exploring Wikia's Video Library. 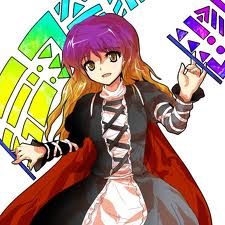 Retrieved from "https://hiziri-byakuren.fandom.com/wiki/Byakuren_Hijiri_Wiki?oldid=4026"
Community content is available under CC-BY-SA unless otherwise noted.